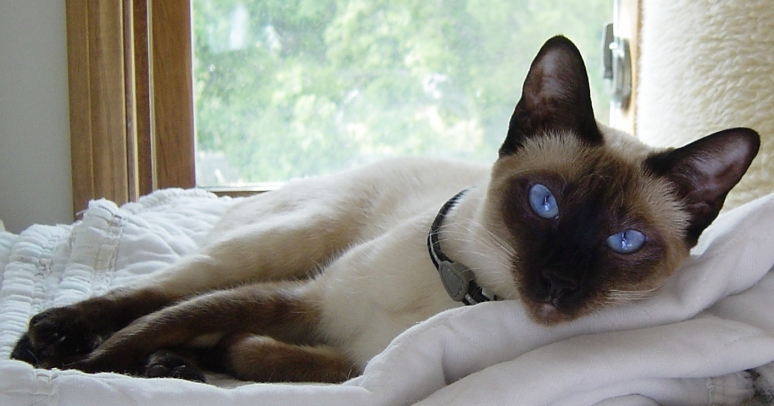 MarveLoo/Archenland is a veterinarian owned cattery, breeding for health and temperament.

We are an old-style Siamese cattery located outside of Los Angeles, California. We are members in good standing of the TICA (The International Cat Association) Thai Breed Section, and our cats have been bred (and shown) with the goal of meeting the TICA Thai Breed Standard (below):

Note: We do NOT Ship!

Kitten clients must first visit the cattery and accompany their new kittens home!

The ideal cat of this breed is a medium to slightly large, pointed cat of foreign type, descended from and resembling the indigenous pointed cats of Thailand.

The Thai is intended to be both the living equivalent of the original “Wichien-maat” of ancient Siam and the “marten-faced” Siamese of Siam and the “marten-faced” Siamese of early 20th century America and Europe. It cannot be stated enough that the Thai should not be extreme in any way, but its appearance and personality should reflect its Thailand heritage. The Thai is not, and should not resemble, a native Western breed.”

We are working with MarveLoo Cattery  — a veterinarian owned cattery (CFA/TICA), as well as TICA affiliated Sandypoints, Cloudcity,  Stonearch, Alicats, Thai Di, Timez, and  BlackThai catteries. Our kitten clients tell us that they have had difficulty locating Old-Style kittens with authentic Siamese pedigrees. This unfortunate situation has been caused because the Old-Style is on the verge of extinction since it lost favor in the show rings of the major cat fancies. 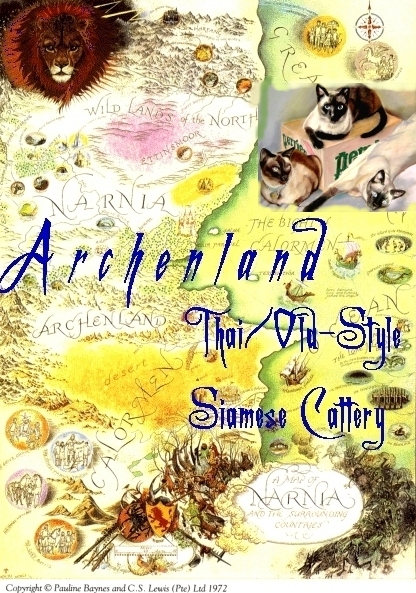 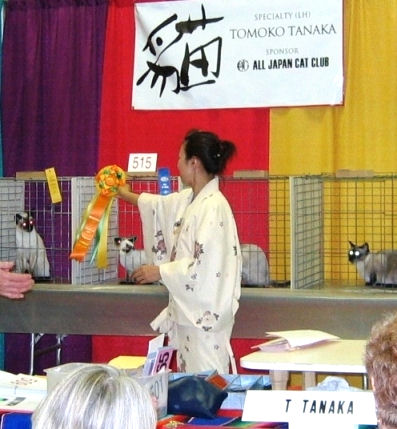 Four-month-old female (Blackfoot River Aravis of Archenland) receiving the ribbon on the left is a great-great-niece of my first cat, born in 1979.

Our immediate breeding goal is saving the old lineages and keeping them healthy.

Sadly, many of the old Siamese genes and lineages have been lost and can never be recovered. Our kittens are registered with  TICA (The International Cat Association) and CFF (Cat Fanciers’ Federation). They have pedigrees dating back to the introduction of Siamese to the United States (and beyond that, to the United Kingdom).

On May 1, 2010 the Old-Style Siamese was accepted by The International Cat Association (TICA) for championship status.

Once again, the Old-Style Siamese has returned to the show ring under the name, “THAI.” 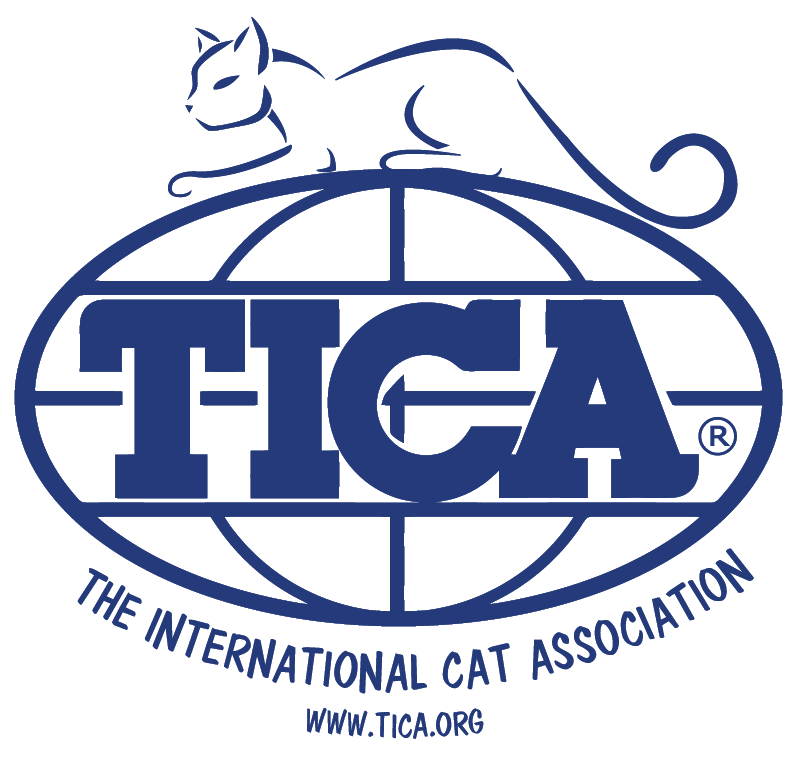 Inquiries via email are welcome, as are questions via email about the cats, the cattery, and the Old-Style Siamese breed.

Please click on the Kittens and Cats Available/Terms link for the availability of kittens.

We will try to answer any further questions you may have. Keep in mind that although we would love to reply to your questions instantaneously, that is not always possible due to the high volume of inquiries. We are small hobby breeders who have lives and jobs just like everyone else (as well as cats to take care of). This is not a business or a financial endeavor; this is a labor of love to ensure the continuation of the old-style Siamese. We want to make it possible for people who love this breed to continue to be able to find a new kitten when the need arises. We ask for your patience.